Today myself and Lotty worked on the beginning of our music video so, we had to bring in the camera we filmed on to upload the footage to the macs through the SD card. The shots needed to be looked over first so we could choose the ones of best quality. After doing this, we cut the shots down to match the beat of the music so it did not effect the other shots. In addition to this we also decided to make the beginning of our music video black and white to show a distinct difference to the present day and the dream. The filter we decided to use was called ‘silent era’ as we decided it created a sense of nostalgia as she is living in a dream like state and when she falls asleep she is in her reality. It took us a long time to decide the filter to use for the beginning, as there was others such as ‘black and white’ and ‘dreamy’ which were either to dark for the screen or just didn’t fit the message we was trying to portray.

To also help show a difference between the present day and the dream, we played around with the transitions on iMovie and found one called ‘cross zoom’ which worked well to show a clear change so we also added that in.

Here are some photos to show you what we have done in todays lesson. 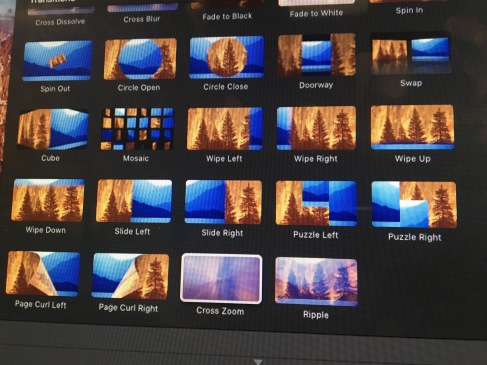 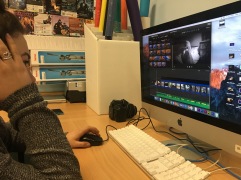